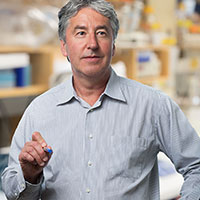 Gerald Joyce is a pioneer in the field of in vitro evolution. He uses biochemical techniques to explore the potential of RNA to serve as a catalyst in critical reactions and to search for RNA enzymes that have the ability to bring about their own replication. Like their protein counterparts, nucleic acid enzymes have a specific structure that is responsible for their catalytic activity. Unlike proteins, nucleic acids are genetic molecules that can be amplified and mutated in the test tube. Joyce’s laboratory has learned to exploit this dual role of nucleic acids to develop RNA- and DNA-based evolving systems that operate entirely in test tubes. They can carry out many “generations” of in vitro evolution, allowing them to evolve nucleic acid enzymes at a much faster pace than in nature. This allows them to devise molecules whose function is to disrupt disease-related pathways. 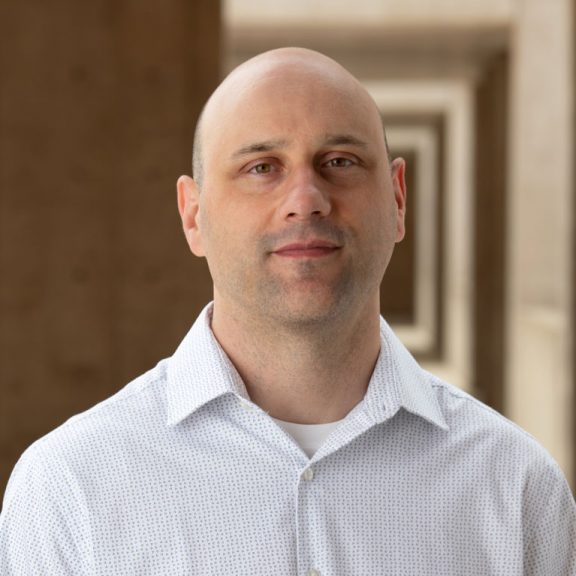 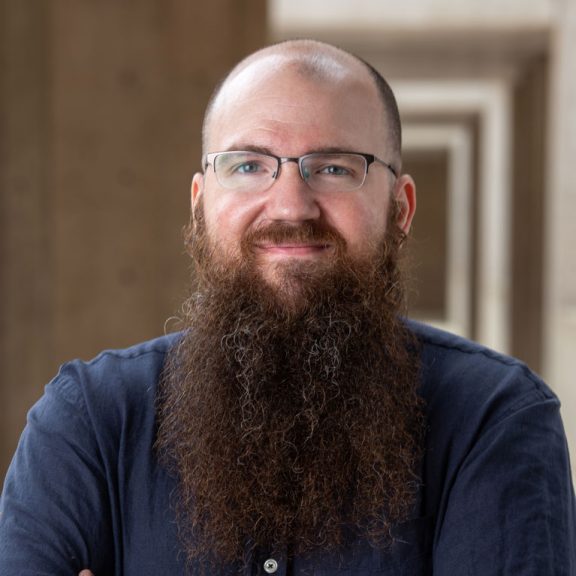 Sept 2005 – present PhD, 2012, The Scripps Research Institute Research: Evolving ribozymes to assemble aptamers The modern cell uses two classes of informational biopolymer: nucleic acids, which store and transmit genetic information, and proteins, which express phenotype by catalyzing diverse chemical and mechanical transformations. However, there is substantial evidence that this modern arrangement evolved from an ancestral organism in which the primary, perhaps sole, informational biopolymer was RNA. RNA may have acted as both genotype and phenotype, storing genetic information and performing the basic operations of the cell. Critical to such RNA life would have been RNA replication, involving RNA-catalyzed synthesis of RNA from an RNA template. Developing such an RNA replicase could serve as the basis to develop synthetic RNA life in the laboratory. In pursuance of this goal, several groups have evolved and engineered ribozymes that perform templated RNA ligation and, in a few cases, even a modicum of template-directed RNA polymerization. Yet these accomplishments remain limited, with the ribozymes having strong preferences for specific RNA sequences and unable to function well in most other sequence contexts. What is ultimately needed is an RNA replicase ribozyme that can generate other ribozymes, including itself, in a largely sequence-general manner. A novel procedure has been developed to evolve RNA directly for the ability to synthesize other functional RNA molecules, specifically ligand-binding RNA aptamers. A population of ribozymes are given truncated, non-functional aptamers and templates encoding the remainder of the aptamer sequence. Only those ribozymes that can successfully complete the aptamer sequence using the template and nucleotide substrates are isolated from the population via binding to the target ligand of the aptamer. Ribozymes are thereby selected for an informational, rather than purely chemical activity, based on the accurate transfer of information from a template strand of RNA to its complement. A chemical method has been developed to triphosphorylate synthetic oligonucleotides. Such 5?-triphosphorylated oligonucleotides typically have been prepared enzymatically by in vitro transcription, but the range of sequences and chemical modifications available through this method is severely limited. Chemical triphosphorylation allows one to prepare 5?-triphosphorylated oligonucleotides of any sequence, containing a variety of additional chemical modifications. Such oligonucleotides have now been prepared for use as biological effectors in vivo and for use with various ligase and polymerase enzymes. Most notably, 5?-triphosphorylated L-RNA oligonucleotides were synthesized and used to construct an L-RNA self-replicating ribozyme. This mirror-image replicator functions identically to its D-RNA enantiomer, but is impervious to degradation by biological RNase enzymes. 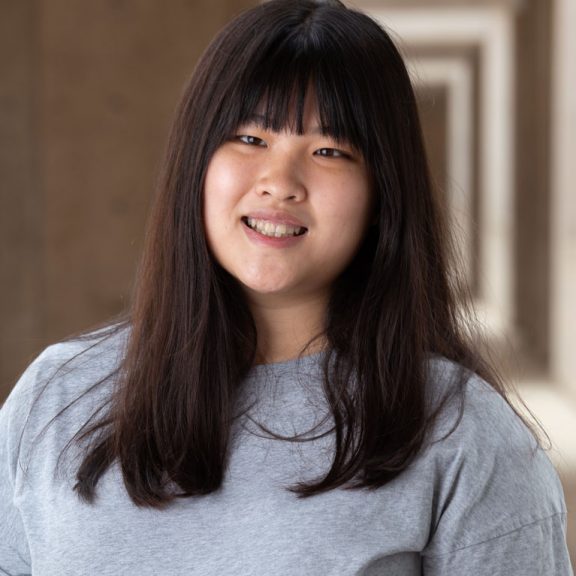 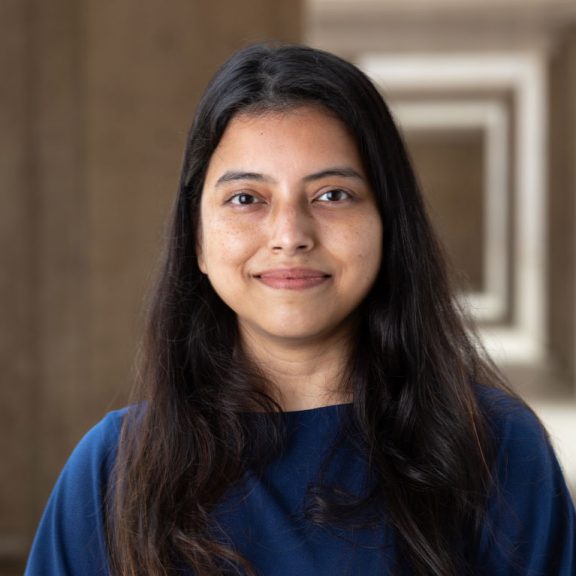 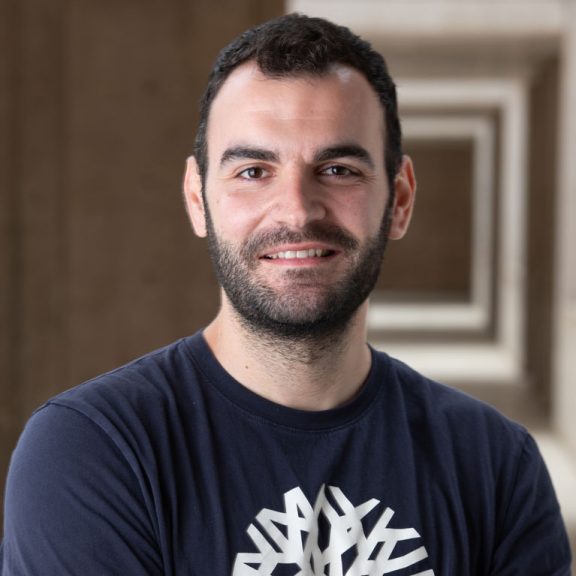 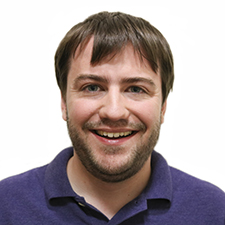 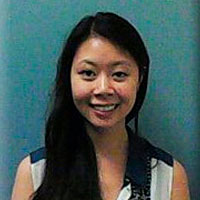 All known biopolymers are homochiral. A prevailing question in prebiotic chemistry is the emergence of such exclusivity in chirality. L- and D- enantiomers of RNA share identical physical and chemical properties; however, biological enzymes (e.g. nucleases, polymerases) do not recognize the unnatural L-RNA. An important property of RNA and DNA of opposite chirality is that they are unable to interact through Watson-Crick base pairing. Interactions between L- and D-RNA must occur through tertiary interactions, much like how a protein recognizes nucleic acids. Recently, a ribozyme has been developed that is capable of template-directed ligation of oligonucleotides of the opposite chirality, but has limited ability to polymerize mononucleotides.

A general RNA polymerase that is able to accurately and efficiently catalyze template-directed polymerization of long sequences of the opposite chirality is currently being developed. A robust, cross-chiral polymerase could enable PCR-like amplification of nuclease-resistant L-RNA in the short-term and enable the long-term goal of a sustained evolution system in vitro, based on exponential cross-amplification of both L- and D-enantiomers of a highly efficient cross-chiral polymerase. In such a system, it may be possible to observe a drift in sequences of the different enantiomers, as the sequence of one enantiomer is not tied to the sequence of the other.